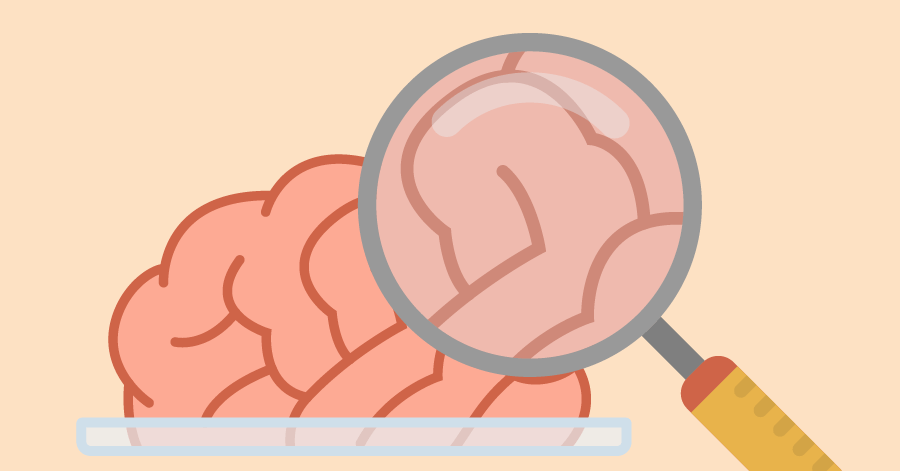 Does your project planning suffer from Parkinson’s?

I mean Parkinson’s law, not the terrible brain disease. Parkinson’s law states that work is spread over the time that is available to complete the work. This is one of the 4 time wasters in project planning which we discussed in one of our previous blog postings. In this blog we will see how you can determine if your project planning has this condition and how to manage it.

First some background. Parkinson’s law was formulated by C. Northcote Parkinson based on his research which found that as the size of the British Empire diminished, the administration of the British Empire increased. Parkinson observed that the number of employees in a bureaucracy, increased by 5-7% per year, regardless of the workload, without finding a logical explanation for this. Parkinson’s law can in general terms be formulated as following: work expands so as to fill the time available for its completion.

An example from daily life: the Valentine card

An unemployed man who is between jobs takes the time to look for a Valentine Card. Several shops are visited, to finally return to the one store which had the card with the most suitable illustration. Once at home, to avoid any stains, a good working pen is selected and several texts are first tried out in rough drafts. When the card is finally well written he will ensure that it arrives on time and will personally deliver it to her house. The loving recipient lives, after all, in the same city. All in all, this man has been busy for a few hours.

Now an employed man. After work, he realises: “Oh yeah, in two days it is Valentine’s Day!’. On the way home he stops at the first bookstore he sees. In a jiffy he chooses from five cards. He buys the card, writes a message on the spot and puts it straight away in the mail box. Ten minutes later the job is done.

Project planning is also subject to Parkinson’s Law. In scheduling activities, often some margin is built in. The result is that there is time for employees to expand their effort, as shown in the figure below. 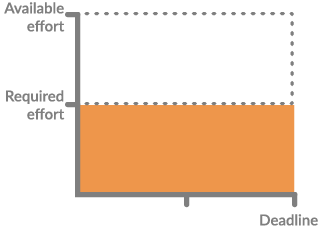 In the figure above, the effect is that employees may spend more time than necessary, is not even taken into account. The effort required is just spread out over the entire duration of the activity.

The origin of extra time in which the effort is expanded, has two causes:

1. Project managers create too much slack

The project manager proposes a time frame for each activity. It is often taken into account that setbacks may occur and the fact that employees will have other duties to perform as well. It often happens that arrangements have been made with a customer for the delivery date. In order to ensure that this promise can be fulfilled, the project manager builds in some extra slack.

The latter is also known as ‘under-promise and over-deliver’. I am also guilty of applying this principle. So I would promise, for example, a customer that he will get a quote from me in about two days. Actually I could also deliver the quote on the same day. In the end, I deliver the quote in one day and not two days. So I gave myself some space and the customer is happy with a faster submission of the quote.

2. Employees build in a safety margin

Often, project managers need to base their planning on the estimates from operational staff. Employees in turn build in a safety margin in terms of both duration as well as the required hours to complete the task. That gives them some space to achieve the result. Actually, exactly in the same way that the project manager does it.

The funny thing is, that employees will consume all of their safety margin because, in most cultures, you are not rewarded for finishing early. Employees who finish earlier, are often burdened with extra work or are suspected of over estimating the time to perform the activities. The result is that employees adjust their level of effort to be occupied until the deadline of the activity and thus use up their own safety margin.

Will Agile methods offer a solution?

Does an Agile approach like Scrum have an answer to this problem? There’s indeed no need to schedule an activity, other than scheduling recurring Sprints with a fixed duration, for example, for three weeks. For each Sprint, User Stories are selected that the team will need to complete during the Sprint. The selection of User Stories is calculated based on the number of Story Points for each User Story and the number of Story Points that the team can handle in a Sprint.

Now the theory is that the longer a team cooperates with each other, the more Story Points in Sprint the team is able to handle. The so-called Velocity increases. But even here you can not avoid Parkinson’s Law. In our example, the team has been given a fixed period of three weeks. Why would the team be ready sooner? Again, no reward follows and by working faster they only run the risk that the pressure increases in the next Sprint.

Applying Parkinson’s Law is a very human behavioural trait. It is the order of the day. It is mostly applied unconsciously, because there are few people who want to deliberately slow down projects. But what we can to do to reduce the effect?

To combat this you first need to recognise it. First consider the duration of the project activities and compare this with the days when employees are scheduled to work on it. Two activities are shown in the figure below. The red lines indicate the duration. The coloured blocks indicate the planned utilization and hours per day of staff members, David and Paul.

Figure 2: Fragmented and spread out time in project planning

In this example you can clearly see that the first activity in terms of duration has a lot of slack and that the utilization of David is somewhat fragmented. If all David’s efforts are scheduled in succession, then the activity would be completed in half of the initial duration. The same applies to the second activity. Here the efforts of Paul are not fragmented but spread out in time because he only works four hours every day on the activity. It would be better to schedule him 2.5 days full-time tightly in a row.

Role of the project manager

As a project manager you should ensure that the utilization of staff for an activity is concentrated as much as possible, therefore planned one after the other. Ask for ‘dedicated’ efforts from employees. Furthermore, you can also work to create an atmosphere where employees do not get penalised if they do not complete the work in time. This prevents employees building in a safety margin for themselves, both in duration and for the hours required to complete the tasks.

Furthermore you, as project manager, need to make tighter plans. Keep turnaround times as short as possible and ensure that you also do not allow for extra time to be built in. Do you have to deal with firm commitments to the customer? Then, build in some breathing space at the end of the project. In terms of philosophy we then come close to Critical Chain Management which works with a large buffer at the end of the project to cope with setbacks. Please refer to the blog 50% safety margin may go.

Try to focus as much as possible on one task at a time. If you are involved in multiple projects, it is very tempting to want to simultaneously make progress on all fronts. It can also be driven by the fact that multiple project managers ask you, at the same time, to deliver results. The result will be multi-tasking. Avoid this, because multi-tasking is inefficient and all projects will ultimately suffer.